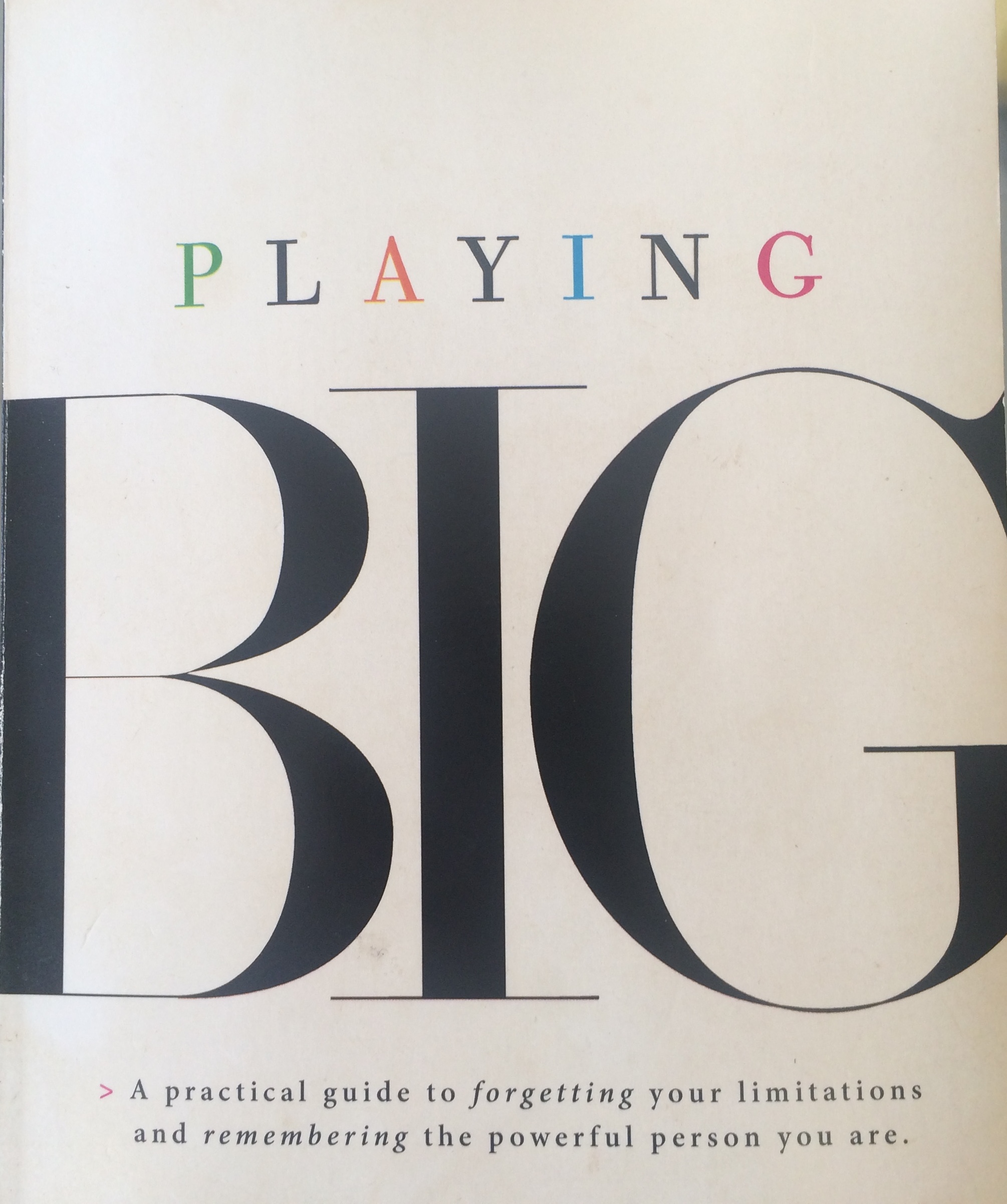 When I started writing my first book Playing Big I felt a great deal of fear weighing down on me at almost nearly every moment. Does that sound familiar to you at all? I felt that I had chosen a task that I was totally overmatched for. But I knew that that’s the exact feeling I needed, and without that as my starting point, my journey would not have provided as much growth as it did.

If that feeling of self-doubt and anticipatory dread rings a bell, read on. Today I want to share the introduction to that book with you, in hopes that it will inspire you to assess your own happiness and explore how you can play bigger in your own life going forward.

“You are a child of God; your playing small doesn’t serve the world.”

HONESTY is usually a good first move, especially at the beginning of a relationship. The truth is, writing this book was one of the toughest things I’ve ever done. The thought of writing a book was terrifying, and one with such a lofty title—who did I think I was? I postponed the first meeting with my collaborator because of gut-churning fear. I made it to the next meeting because I was just as afraid to not write the book. So when you hear me extolling the benefits of Playing Big as this text unfolds, telling of the rewards it can bring you and those around you, know that when I started, I felt anything but big. That’s one of the truisms I want you to know right up front—that feeling small is an early, and often inevitable consequence of Playing Big.

But there’s something that steadies me, and I believe it will steady you. In my initial shaky days, I came to a profound realization—that all the big things I had done in my life, the things that, in the end, really mattered to me—getting married, having kids, launching my business—all began with that same shaky feeling. Like at the outset, I’d been endowed with the original feet of clay, and to take even the first cautious step toward my dreams would land me face down in inextricable mud. Each of these key ventures—proposing to my wife, having our first child, starting a program to help traumatized military families—all seemed to stretch my will, my faith, my finances, and sometimes my sanity.

Looking back at those accomplishments, I see now that Playing Big is not just a way to maximize your gifts and leave a memorable mark in this life. It’s the only way. If, as a culture, we’re to move beyond our fears and really grasp the wheel and take the road less travelled, we have to be willing to stretch ourselves. As professional runners like Roger Bannister know, the first time is the toughest. Your hamstring strains to return to its accustomed posture. The next day it hurts, but the day after that, as you keep stretching, it gets a little easier—and then a little more. Finally, you’re sprinting around the track in a way you could not have imagined a short time before.

Playing Big isn’t about selfishness. It’s about tapping to everything God gave you so you can make a better marriage, a better workplace, even a better world. It begins when you recognize that feeling small, standing with knocking knees at the edge of that grand precipice, is the very feeling that precedes great things. Marianne Williamson was right. Deep down, it’s our greatness, not our smallness, which we most fear. Once you realize that and put that belief into action, you’ll be amazed at what’s possible—even in a short time. I’ll show you how two of my proudest accomplishments got up and running in only 90 days. Through it all, I’ve learned another important thing—that the capacity for Playing Big is not only for the gifted few. It’s there for all of us. All you need is to get in touch with what you really want in this life and work a plan to get there. This book will help you do that.

Are you ready to stretch?

Interested in learning more about Doubledare and Playing Big? The book is available on Amazon and you can learn more about my coaching practice and contact me at https://doubledareyou.us/.