3 Questions You Need to Answer 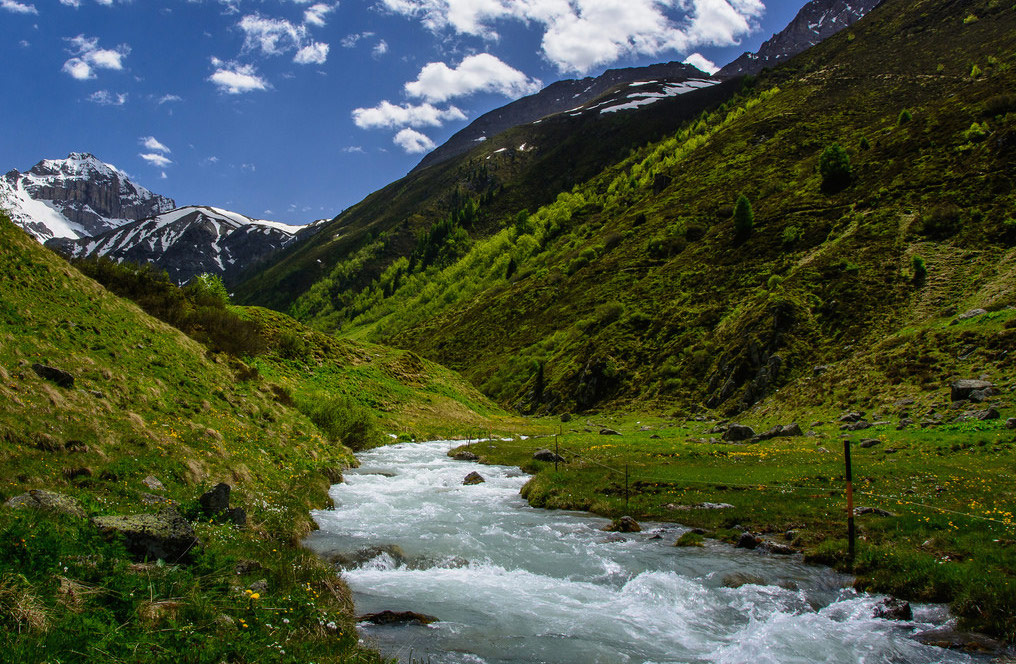 Ryan Holiday is the author of the new book The Obstacle is the Way: The Timeless Art of Turning Trials Into Triumph. A quick and easy read that will inspire confidence and optimism in the face of adversity, it’s a fantastic addition to any leader or entrepreneur’s book shelf. His fantastic post, 3 Questions You Need to Answer recently appeared in my inbox and I want to share it with you here.

In life, we come across all sorts of decision points, particularly if we choose to go into business for ourselves. Should I do ______? What about ______? Is _______ a good idea? What to do in each one of those situations can be exhausting and stressful and costly. If we’re not careful, we can find ourselves in what Robert Greene calls “tactical hell” where we only see what is immediately in front of us and lose sight of any larger plan for our lives.

In building my company and in working and advising many other companies and people over the years, I’ve found three important decisions, made early, can eliminate so much of that anguish. They can set you up to not only be successful, but put you in a position to enjoy that success. These three choices have changed my business life. But they have fulfilled what I think are the two main criteria for anyone making choices about how to run their life and work: 1) They made me money. 2) They made me happier.

Hopefully they’ll be of some service to you too.

Deciding to do something for the money is a bad idea. Not that money is bad, but the goal puts you on a treadmill. In Breaking Bad, Walt starts selling drugs to pay for his cancer treatment. Very quickly, he has enough to pay for it. But then he faces the choice almost everyone has trouble making: Am I going to turn off the money machine? He decides not to, and several seasons of heartbreaking television ensues in which his family is ruined and he dies at the end. Fun!

This is the reason you need to know why you do what you do. Otherwise, you will succumb to strong forces you could not have predicted. Simon Sinek talks about this most famously in his TED talk of course, but it’s an old idea. Everyone needs a raison d’être. A reason for being. A stated and clear purpose. With my company, after a lot of frustration and mistakes, we finally had the talk: What are we doing this for? From that discussion an answer became clear:

That’s it. Having it fully articulated and written in blunt language gives us something to weigh each and every business decision against. Which deals to do, which people to work with, who to hire, how much to pay, how much to expand, it all became easy. We don’t even talk to clients that are likely to conflict with this why. We regularly turn down all sorts of opportunities that would be great but aren’t what we do. Because look: if you’ve accepted every single thing or every single job you’ve ever been offered work wise you’re not nearly as free, independent or in control as you think you are. Decide who you are and what you are not. It will make you better at what you do – it concentrates your energy and forces on a singular object and lets you excel at it.

A note about money: you’ve noticed it is clearly part of our “why” (otherwise it wouldn’t be a business) but it is conjoined with and constrained by context. Money is important, just not the most important thing. It’s a tool for us. As Viktor Frankl put it, “possession of money should mean that one is in a fortune position. One can afford to pay no attention to money, the means, but rather to pursue the ends themselves–those ends that money should serve.”

2. Decide How You Want to Live

Your business and your life will be intertwined. You work so you can live and for some of us, you live for and because of your fulfilling work. But this brings up the critical question: What do you want your life to be like? What is the life that will make you happy? And though you may ignore these questions for a time, eventually you will find that they cannot be ignored.

When I was starting my marketing company and talking through what I would charge clients and what kind of clients I would work with, Tim Ferriss (who has since been a wonderful client) asked me the type of question that only he seems to ask. He said, Ryan, what do you use your money for? As I thought about my answer, I realized that almost all of it goes straight into a bank account. I seriously don’t use it, my needs are small. Yet there I was on the urge of setting up a business and thinking primarily about money…even though it’s not a critical part of my life.

What is critical? For me the answer took some thought but the clarity helped. I want:

Time to be creative. Time to read. Cool experiences. Freedom to make my own schedule. The ability to live where I want. To not be told what to do.

The sad truth is that many people will tell you about the businesses they have set up – that they themselves designed and had total control over – or jobs that they chased after and then explain all the ways that it makes them miserable. It’s as if they never thought past the accomplishments, never thought about what kind of life they were hoping it would help them live. Turns out, they want to do all these other things with their life and instead of getting them closer to it, their work gets them further away. As Aristotle observed, “we deny ourselves leisure so we can be at leisure, and fight wars so that we can be at peace.” This is preposterous!

Take a quick inventory of the most enjoyable and satisfying days of your life. Now be sure that you’re working towards these, not away from them.

If you don’t want an office, don’t set up an office. I run my company remotely. If you enjoy being in harness and that’s what makes you feel good, then you’ll probably need something that has a lot of responsibilities and set requirements. If you enjoy influence more than material success, then make sure you pick something that allows for that. If you’re a quiet person, then you need a lifestyle that will let you be quiet – not one that forces you to be constantly not yourself. If you thrive on attention and collaboration, then pick accordingly. If you want to live in the same place for a long time, buy a house. If you don’t – please don’t. And on and on and on.

Seneca tells us a story about Alexander the Great: A country Alexander hoped to conquer offered him part of the territory as a concession. Alexander replied by saying he hadn’t come all the way to Asia to accept what they were willing to give. They could keep what he left them. Likewise, Seneca said we must “tell all other occupations ‘It’s not my intention to accept whatever time is left over from you; you shall have, instead, what I reject.’

But of course, you have to know what this is to be able to do it.

3. Decide to Be OK With What Others Do

If you notice, the first two choices are essentially about pulling away from the herd – cutting yourself off from the things that upon reflection, are not as important to you as they might be to someone else (so you might focus on what is important to you). But finding your why and designing your life, ultimately means making one of the hardest decisions of all:

Deciding not to care what other people do.

But so and so got a bigger book deal than me! But so and so just got profiled in ______! Look at the car he’s driving, look at her house! Ok, are you willing to trade everything to be that person? No? Then stop. That is, if you’ve decided to go your own unique way, you can’t go around judging yourself against people who are going theirs (or worse, blindly following a path they don’t even understand). We have to stick to our calling and leave everyone else to theirs.

For my business, our decision has meant turning down lots of money. It’s meant not doing a lot of the things that traditional marketing companies do. This is good in that those choices have made me (and the team) happy. But those things that other companies do have certain rewards – media attention, prestige, buzz, etc. It’d be very easy to sit here and be angry or bitter that other people get them.

not only do people envy those of the same trade and manner of life, but the rich envy the learned, and the famous the rich, and advocates sophists, aye, and freemen and patricians admire and think happy comedians starring it at the theatres, and dancers, and the attendants at kings’ courts, and by all this envy give themselves no small trouble and annoyance.

No small trouble? In fact, envy rots the bones. There is nothing more futile in life than picking one strategy and hoping for the results of another. Or in this case, making yourself feel inferior for not having something you deliberatelychose not to pursue.

So what if your friend is making a ton of money, or if they just got a ton of coverage for something they did? So what if they’re working with this client or that client? Or if they just signed a deal with so and so? You’ve made your purpose clear, you’ve made your life’s priorities clear. Things will work out for you in the way that you’ve chosen – but again, only if examined in their own context. An opera singer doesn’t compare their record sales to a pop group. A sports team in turnaround doesn’t judge themselves against the best record in the league. Why the hell do you care what some braggart is doing on Facebook?

Now, that isn’t to say you shouldn’t push yourself. As the song lyrics go, “there is no race / there is only a runner.” You are the runner, you should run as hard and fast as you can. But ignore the other people on the course – because they’re using a different clock, a different distance, a different race.

Be happy with the life you’ve chosen for yourself, and live it fully. Leave others to theirs, happy or unhappy.

Make them. Don’t run from them. Or you’ll run into them. And it will hurt far worse than whatever initial discomfort you might feel making them now.

Ryan’s latest book, The Obstacle Is the Way: The Timeless Art of Turning Trials into Triumph was released by Penguin on May 1st. He is also the bestselling author of Trust Me, I’m Lying and Growth Hacker Marketing. He is currently an editor at large for the New York Observer and contributes to Thought Catalog from his home in Austin, Texas.